Why are there two different Christmases and Hanukkah as well? 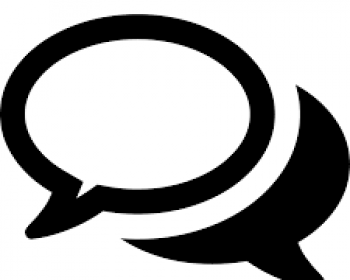 This is a question that I’ve encountered a few times. It’s one of those questions that can take you by surprise in the early weeks of January as people begin to return to work.

“Hey my neighbours are orthodox Christians from, like, overseas somewhere in Europe, and they only just had their Christmas Day, and their New Year is different to ours too. What’s the deal?” Or from the historically schooled, “So if Christianity started off as a bunch of Jews, then how come Christians don’t celebrate Hanukkah? Why is it completely separate? Isn’t it just basically the same thing”

[Yes I had a good break, thanks. The family is fine. Yes, we did go on that hike I was telling you about. Oh wait … hang on … theology straight out of the gates? OK. No worries. That is, after all, why I’m really here, now, talking to you.]

“Well, that is an interesting question. What can I say?” [So much, but less is more with most people. Stick to the key priorities. With topics like this you build credibility and invest in the relationship. Relationship is what it’s all about, not being a walking encyclopaedia]

[This barely scratches the surface, but it shares enough detail to satisfy most people. Nobody asks this whole package of questions anyway! Most importantly, it establishes that yet again love is the theme. No scandal. No centuries-old rift. Simply different traditions and mutual respect.]

Why is Christmas separate to Hanukkah?

[Again, this barely covers the key points but it answers the question and demonstrates honesty, awareness and love. You can’t escape the rift and why would we?]

“I knew you’d have the inside scoop on this. I’ll tell my (mates, kids, family, partner) … they had a bit of a yarn, but they really wanted to know a bit more. They reckoned I wouldn’t find out, like you’re Suffleupagus or something. Hey, did you have a good break? How are the kids?”

“It was awesome” [and it just got a whole lot better]. “I think I’ll do a second New Year now you’ve given me the idea!”

In Grace and Peace, Kel.

First and foremost, I’m a Christian living in a real and positive personal relationship with God. Through serving Him, reading the Bible and praying I grow to know Him more every day. Partnering with God is humbling, exciting, fun and serious business all at once!

Due to the restrictions from the Corona Virus Pandemic, we are live streaming our services through Facebook. Join us at facebook.com/gracecommunitywamberal/live/ or find our...

END_OF_DOCUMENT_TOKEN_TO_BE_REPLACED

What a great beginning. Over 30 people gathered on Sunday night March 31, 2019. Our purpose was to seek God in faith to manifest the gifts and graces of His Kingdom. To share and...

END_OF_DOCUMENT_TOKEN_TO_BE_REPLACED

I saw the goodness of God.

Late Friday afternoon, I saw the goodness of God. It had been a fairly taxing week and on getting home from work I decided to take a stroll out the back gate to check out the...

END_OF_DOCUMENT_TOKEN_TO_BE_REPLACED

Due to the restrictions from the Corona Virus Pandemic, we are live streaming our services through Facebook. Join us at facebook.com/gracecommunitywamberal/live/ or find our...

END_OF_DOCUMENT_TOKEN_TO_BE_REPLACED

What a great beginning. Over 30 people gathered on Sunday night March 31, 2019. Our purpose was to seek God in faith to manifest the gifts and graces of His Kingdom. To share and...